Anyone called to a ministry such as Believers Stewardship Services (BSS) quickly learns of the impact of Larry Burkett. He may be more responsible than anyone for awakening the Church in North America to the importance of biblical  finance. Larry was a best-selling author and appeared on numerous television programs. His books sold tens of millions of copies and his various radio programs were carried on over 1,100 stations globally. He published over 70 titles. [1] Back in the early 1990’s, I remember watching an interview of Larry Burkett. He was asked by the host of the show, where he saw the United States and for that matter, Canada, in Bible Prophecy. It was an interesting question – Larry’s response was profound. He said that he didn’t see either country anywhere in Bible prophecy. But he did know the place of the United States and Canada in history. Ours, he said, is the task of funding the spread of the Gospel around the world. You will have to take my word for this because I cannot find any record of this outside of my memory banks. Regardless, the response was right on the mark and left me with a heart for supporting missions work ever since.

Back in late December and early January, I  joined a short-term missions team organized by Believers Chapel in Augusta, Georgia. Every year for more than a decade now, several in the fellowship there have led a team down to Veracruz in Mexico. Mexico is a country of  roughly 129 million people. Veracruz is one of thirty-one states in the country and boasts a population of   just over 8.1 million. The full name of the state is Veracruz de Ignacio de la Llave. Veracruz comes from the Latin Vera Crux, meaning “True Cross”.

The team spent its time here with activities centered on the mountains surrounding the towns of Rio Blanco (population of roughly 40,000), Orizaba (roughly 122,000) and Zongolica (about  26,000). The eldership in the assemblies in Rio Blanco and Zongolica did the heavy lifting organizing the Gospel outreach campaigns and Bible teaching. Their seventeen American visitors for the week simply participated in an outreach that has been going on for some while.  The primary focus of the team’s evangelistic efforts involved the Nahuatl People of Central Mexico. Numbering nearly 1.5 million across several Latin American nations, this group is essentially the descendants of the Aztecs and those tribes indigenous to the area.

In the past three decades as many as 21 assemblies may have sprung up among the Nahuatl villages. Even the week we were there, the saints dedicated the land for their first Bible camp in the village of Xoxocotla. The foundation for much of this was built on the Bible translation work done by David and Joy Tuggy. They first came to Mexico in 1970. David is a field linguist and member of the Summer Institute of Linguistics (SIL). David and Joy are associated with Wycliffe Bible translators. They are in fellowship in one of the local assemblies.

There are considerable differences among the varieties of Nahuatl languages, which can make it a nightmare for a Bible translator. For one thing, the language has no passive voice. For another, idioms can take on completely different meanings from one dialect to the next. Still, the language has had a great influence on many other languages. The following words in English have a Nahuatl origin: “avocado”, “chili”, “chocolate”, “coyote”, “peyote”, and “tomato”. While there have been efforts over the years, the first translation of the entire Bible into one of the Nahuatl dialects was completed by David back in 1978. As more Nahautl came to know Christ as Savior, it greatly sped up the time involved in doing the translation work. This is because David began to build and oversee a team of local believers who assisted in the translation of the Scriptures. There are twelve active dialects of Nahuatl. At this point, some nine have major portions of the New Testament translated in their language. Three of these also have major portions of the Old Testament completed.

So here’s to doing and funding the work of the Gospel around the globe! At Believers Stewardship Services we are in a position, through our Donor Advised Fund offering, to be used by you to support local fellowships of believers and Bible camps and other not-for-profit works of the Lord in other countries. Your gifting through us allows us to issue you a tax-deductible receipt in this country, and to send those funds to local fellowships of believers, Bible camps, and other not-for-profit works overseas. 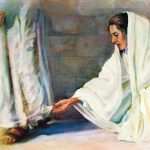 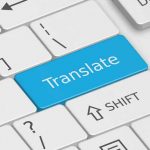 Using technology to declare the “wonderful works of God”